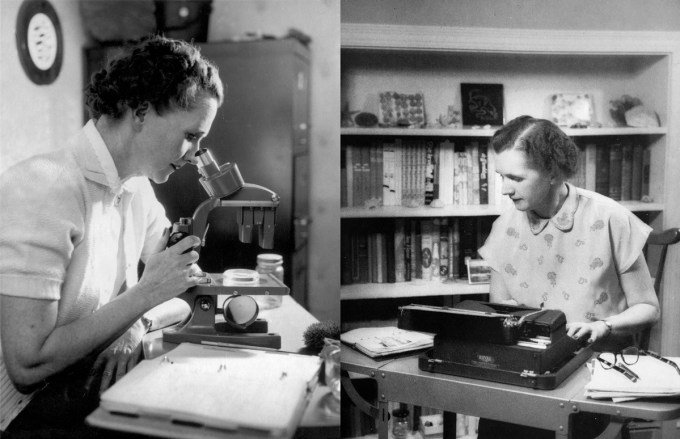 “Life and Reality are not things you can have for yourself unless you accord them to all others,” philosopher Alan Watts wrote in the 1950s as he contemplated the interconnected nature of the universe. What we may now see as an elemental truth of existence was then a notion both foreign and frightening to the Western mind. But it was a scientist, not a philosopher, who levered this monumental shift in consciousness: Rachel Carson (May 27, 1907–April 14, 1964), a Copernicus of biology who ejected the human animal from its hubristic place at the center of Earth’s ecological cosmos and recast it as one of myriad organisms, all worthy of wonder, all imbued with life and reality. Her lyrical writing rendered her not a mere translator of the natural world, but an alchemist transmuting the steel of science into the gold of wonder. The message of her iconic Silent Spring (public library) rippled across public policy and the population imagination — it led to the creation of the Environmental Protection Agency, inspired generations of activists, and led Joni Mitchell to write lyrics as beloved as “Hey farmer farmer — / Put away the DDT / Give me spots on my apples, / but leave me the birds and the bees. / Please!”

via The Writing of “Silent Spring” | Brain Pickings