Molecular adaptations to life on the Qinghai-Tibetan Plateau (QTP) have been detected in the genomes of many native animals, but the contribution of variations in gene expression to high-altitude adaptation remains to be determined. Here, we sequenced the peripheral blood transcriptomes of the lowland wolf and the Tibetan wolf (Canis lupus chanco), an endemic top predator on the QTP, and analyzed how the gene expression pattern has become modified to cope with the extreme plateau environments. Comparisons of the transcriptomes of Tibetan wolves and their lowland counterparts revealed 90 differentially expressed genes (DEGs), including 6 genes (ATP6, ATP8, COX3, CYTB, ND2, and ND4) located in the mitochondrial respiratory chain. Several DEGs are functionally involved in DNA repair (RAD52 and NUPR1), reactive oxygen species (ROS) regulation (GSTP1 and RETSAT), and cardiovascular homeostasis (ACTA2, CD151, DDX6, HPSE, and YOD1). Further functional enrichment analyses demonstrated that the identified DEGs were significantly enriched in specific functional categories related to energy metabolism, hypoxic response, and cardiovascular homeostasis, indicating that the gene expression variation in Tibetan wolves may contribute to their adaptation to life on the QTP. The phylogenetic topology of worldwide populations based on 12 mitochondrial protein-coding genes (MPGs) is inconsistent with the patterns revealed by a previous genome-wide study, implying that adaptive evolution may have occurred in the MPGs of Tibetan wolves. Wolf ATP8 was shown to have a higher dN/dS (ω) ratio (ω = 0.712) than the other 11 genes (ω ≤ 0.272). Overall, our study provides new insights into the mechanisms underlying high-altitude adaptations in a wild carnivore with not only mitochondrial gene adaptation but also fine-tuned gene expression responses.
via Comparative analysis of peripheral blood reveals transcriptomic adaptations to extreme environments on the Qinghai-Tibetan Plateau in the gray wolf ( Canis lupus chanco) | SpringerLink 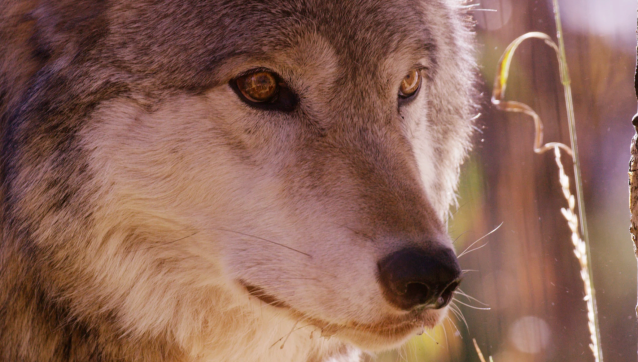 The Colorado Secretary of State on Friday approved a petition seeking signatures to land a wolf reintroduction proposal on the November 2020 ballot. Wolf supporters will need 124,632 signatures by Dec. 13 to put the restoration of gray wolves before voters.

The group will aim to submit 200,000 signatures, gathered by a team of about 200 volunteers who will be hitting the streets as soon as this week, said Rick Ridder, a political consultant advising the Rocky Mountain Wolf Action Fund, the group pushing the restoration measure.
via Colorado question pitting ranchers vs. wolf advocates is heading for supermarket parking lots – The Colorado Sun

The feeding ecology of gray wolves has been investigated extensively worldwide. Despite previous studies on food habits of wolves in Asia and Iran, none has focused on the diet of the species in a scenario of depleted of wild prey and with recent records of attacks on humans. Here, we combined telemetry methods and scat analysis to study the diet of wolves in areas of Hamadan province, Iran, where medium to large wild prey is almost absent. Between October 2015 and March 2017, we studied the feeding behavior (by identifying feeding sites through clusters of GPS locations) of three wolves fitted with GPS collars, belonging to different wolf packs. We also collected and analyzed 110 wolf scats during the same period within the same areas. Overall, we investigated 850 clusters of GPS locations in the field, and identified 312 feeding sites. Most feeding clusters were linked to dumpsites and poultry farms around villages. We found 142 and 170 events of predatory (kill sites) and scavenging behavior, respectively. Prey composition based on kill sites was comprised of 74.6% livestock, 19.7% lagomorphs, 3.5% dogs, 1.4% red fox, and 0.7% golden jackal. Similarly, prey composition based on scavenging clusters was comprised of 79.9% livestock, 10.6% red fox, and 9.4% golden jackal. Scat analysis, however, indicated that livestock (34.3%), garbage (23.7%), poultry (16.0%), and European hare (15.4%) were the most frequent food items. We discuss the role of anthropogenic food sources in a context where agonistic wolf-human encounters occur recurrently, and suggest management guidelines regarding illegal dumping of animal carcasses and garbage dumpsites, in order to minimize wolf-human negative interactions.
via Anthropogenic food resources sustain wolves in conflict scenarios of Western Iran

Wolves are returning to their former ranges across Europe and North America, resurrecting a centuries’ old war with humans over land, hunting opportunities, and livestock. While protected in many areas, the wolf is fighting a losing battle, because in the war against them we’ve recruited something much more deadly than guns, traps, or poison, a more powerful and effective tool for wolf extermination than all of these things combined: the human imagination.

Even though we’re all aware of what real wolves are like and can picture them very clearly, perhaps even find them majestic and beautiful, lurking within our collective psyche is the nightmarish Big Bad Wolf whom we came to know so well as children, and who stays with us into adulthood with the fictionalised killers of television and film.
via In defence of the wolf: this big bad animal is more prey than predator

As the sun sets over the southern French Alps on a cool evening in early June, a flock of sheep huddle in an enclosure at an altitude of 1,500 metres.

Next to them, two khaki-clad watchmen settle down for the night in the Mercantour National Park on the border with Italy, equipped with thermal-vision cameras, warm jackets and a rifle with a night-vision scope.

“What’s going to be important for the next few hours is to be attentive all the time. For a wolf to cross (the pass) takes two or three seconds. If we aren’t watching, it’s over,” one of the guards said.

The pair are part of France’s “wolf brigade”, employed by the state to protect livestock from a predator that was hunted to extinction in France in the early 20th

via France’s ‘wolf brigade’: Alps guards with licence to kill