The two-week study, funded through the non-profit Animal Welfare Institute and aided by other organizations, uses acoustic monitors to track the vocalizations of wolves, and wraps up December 29 at the Sandhill Wildlife Area in Wood County.

The team, comprised of researchers and students from as far as Slovakia and as near as Stevens Point, rises early in the morning to trek into the woods and check the camera traps and eleven acoustic monitors working around the clock to capture visuals and vocalizations of wolves. Making the rounds to swap out SD cards and change batteries can take several hours, and the team works late into the night once they return to analyze the data collected.

“It is going to be used in our study to localize or triangulate the movement of the wolves in our area,” Dr. Dassow explained. “We’re interested in wolf-coyote interactions and wolf-dog interactions.”

The 12-year-old male was one of two survivors that remained when officials decided to relocate wolves from the U.S. and Canadian mainland to rebuild the dwindling population.

His body was found in October. A necropsy showed it had been attacked by fellow wolves, park officials said in a statement.

The fate of the other other island-born wolf, a 10-year-old female, is unknown.

“She is the final native wolf, never radio-collared, and searching for her will be a priority” for biologists during their annual winter study at the park, said Rolf Peterson, a research professor at Michigan Technological University. 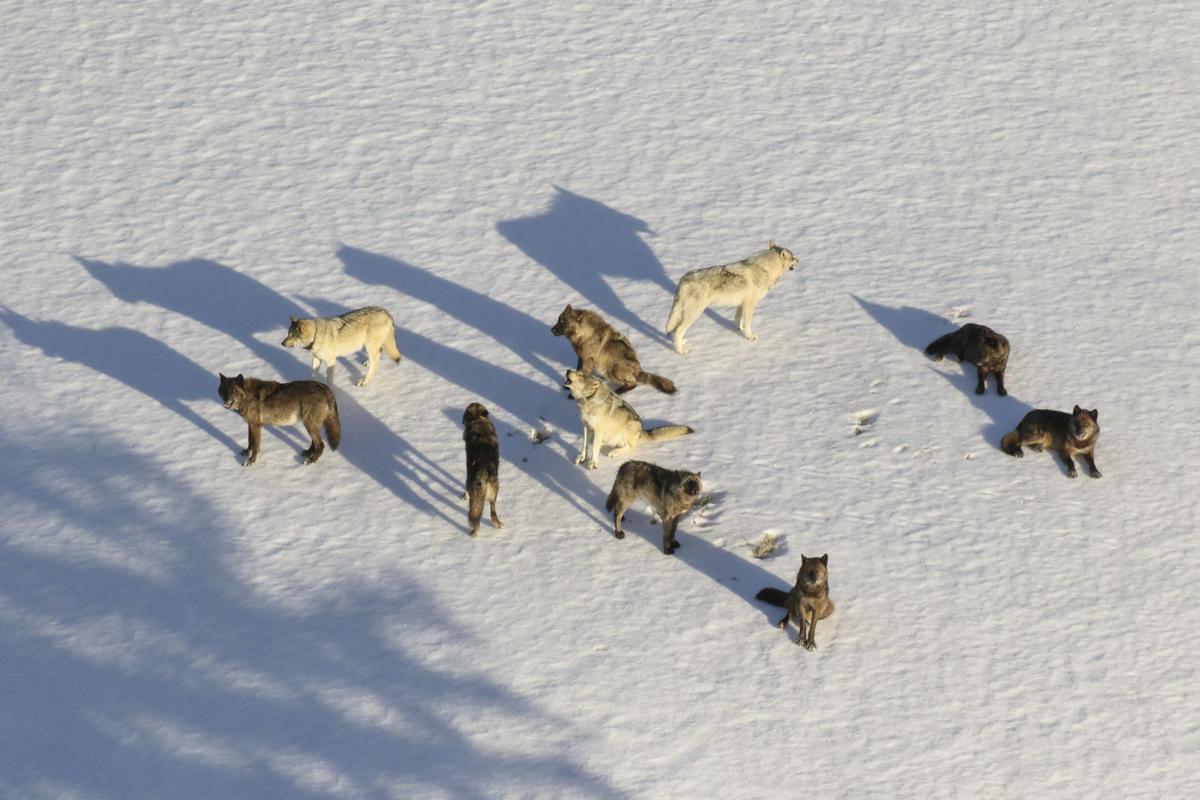 MAMMOTH HOT SPRINGS, WY – Yellowstone officers reported two wolf pups were killed after they were struck by a vehicle near Tower Junction and the Northeast Entrance on Tuesday evening, November 19.

Park officers say the pups belonged to the Junction Butte Pack–one was male and the other was female.

According to park officers, the pack lived in a den nearby a busy hiking trail in the northeastern portion of the park and became too comfortable around humans summer of 2019.

Their den was closed off by park officials in order to prevent human and pup interaction. However, some visitors failed to obey the 100-yard separation from wildlife rule and interacted with the pups when they came close to the trail.

via Two wolf pups killed by vehicle in Yellowstone | All Abc Fox | abcfoxmontana.com

When Washington ranchers find that gray wolves have attacked their cattle, they can call the state wildlife agency, which has killed 31 of the protected predators since 2012 under a program intended to save vulnerable livestock.

Many ranches have routinely used state-contracted range riders to ward off wolves, which are listed by Washington as endangered even as they have gradually returned during the last decade after being reintroduced in Idaho.

But not the Diamond M Ranch, which has grazed its cattle on federal land near the U.S.-Canada border in northeast Washington since World War II.

Backers of an initiative to reintroduce gray wolves in Colorado say they have turned in more than 210,000 signatures to the Secretary of State’s Office.

If the signatures are approved, the Colorado Restore Gray Wolf Population Initiative would appear on the ballot in 2020. Colorado voters would then decide on the measure that would require the Colorado Parks and Wildlife Commission (CPW) to form a plan to restore gray wolf populations in the western part of the state.

The Rocky Mountain Wolf Action Fund, the group backing the initiative, made the announcement during a press conference Tuesday. 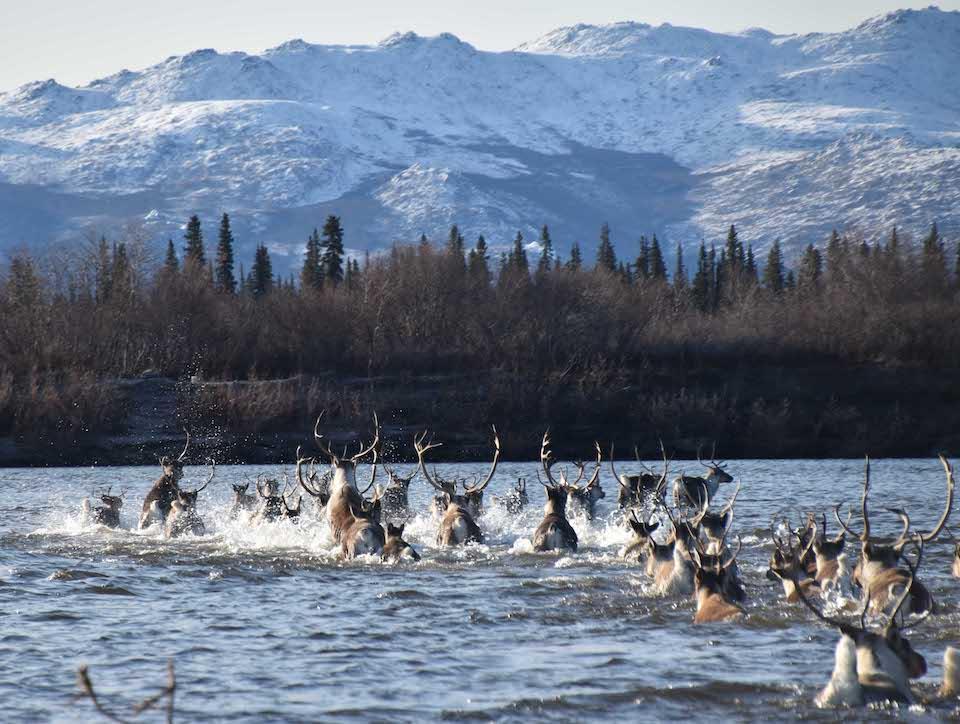 It is a spectacle of the animal kingdom, one most of us don’t see in person, but are amazed when it is shown on television. “It” is the crossing of the Kobuk River far north in Alaska by hundreds of caribou. It is a swim caribou have been making in the landscape of present-day Kobuk Valley National Park and Preserve for thousands of years.

“I’m a very lucky person to have the job that I do and to see what I get to see,” admits Kyle Joly, a wildlife biologist for the National Park Service whose “office” embraces the landscapes of such places as Kobuk Valley, Gates of the Arctic National Park and Preserve, and Noatak National Preserve.

Kobuk Valley has been “the home of caribou migrations for 10,000 years. There’s an archaeological site there that’s dated hunting of caribou back that far,” Joly went on. “The river is probably a quarter-mile wide at that point, and there will be times when you have several hundred animals on the shore. You’ll have caribou nose-to-tail all the way across the river, and a couple hundred more piled up on the south bank. It’s definitely a wildlife spectacle that is on par with anything on the globe.”

That spectacle, of hundreds and even thousands of caribou traveling en masse, is a wonder of nature. It is also at times the longest migration on Earth, a claim that reindeer also can make.

via Climate Change Could Be Influencing World’s Greatest Terrestrial Migrations 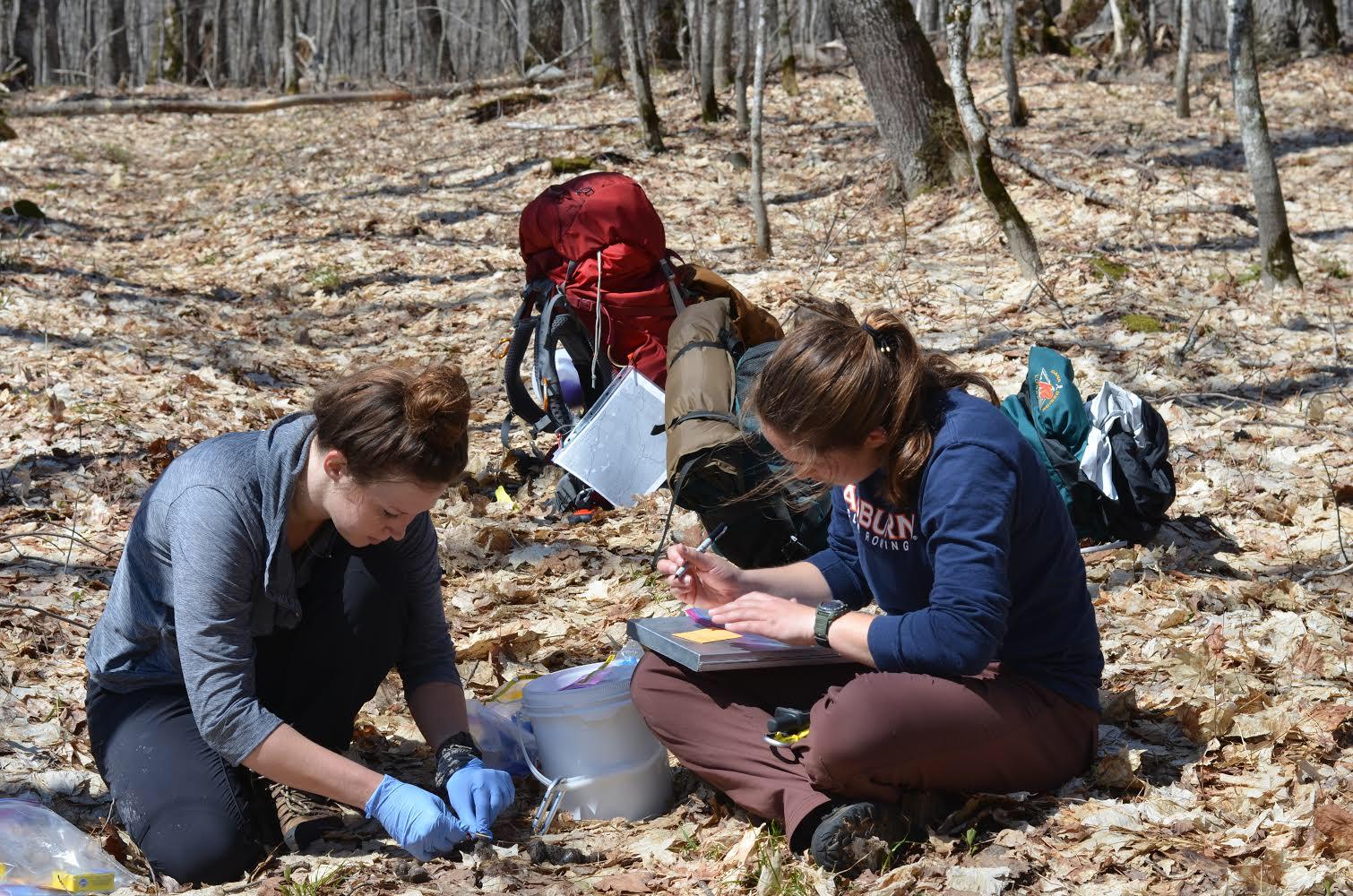 MICH– The National Park Service (NPS) in collaboration with the State University of New York – College of Environmental Science and Forestry (SUNY-ESF) concluded summer predation monitoring by the wolves introduced to the Isle Royale ecosystem in the fall of 2018 and winter of 2019. This marks the first time wolf predation has been monitored on Isle Royale during snow-free periods. The monitoring effort utilized the most recent advances in the study of wolf predation patterns.