A recent census by wildlife agency l’Office National de la Chasse et la Faune Sauvage (ONCFS) counted 430 wolves across the country, with a number of areas showing permanent growth in population.Wolf and lynx numbers are counted using over 750 reference points, including paw prints, observations, automatic photographs, hair shedding and animal remains.The new figure represents an increase of almost 20% compared to end of last winter, when numbers were estimated at just 360.Yet, the agency is seeking to continue its “Wolf Plan (Plan Loup)” to grow the numbers to 500 by 2020, “as part of a demographic progression nationally and globally”.

Source: Wolf numbers on rise in France despite farmer anger 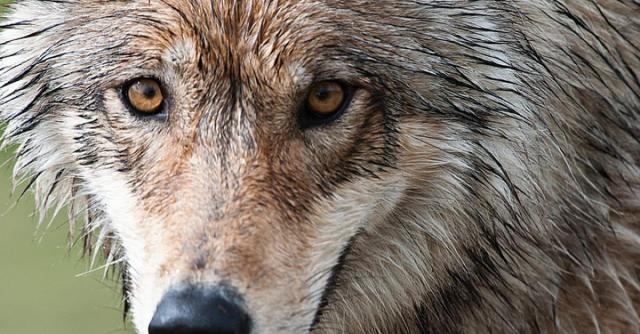 The U.S. Fish and Wildlife Service is reviewing the status of the gray wolf under the Endangered Species Act and could introduce a proposal that could lead to a loss of federal protections for the species.In an emailed statement, USFWS spokeswoman Georgia Parham said the agency is working closely with federal, tribal and local partners to assess scientific data related to the wolf’s historic range, population and recovery.”If appropriate, the Service will publish a proposal to revise the wolf’s status in the Federal Register by the end of the calendar year,” said Parham. “Any proposal will follow a robust, transparent and open public process that will provide opportunity for public comment.”Gray wolves were delisted in the western Great Lakes region, which includes Wisconsin, Minnesota and Michigan by the Fish and Wildlife Service in 2011. The next year, Republicans in the Wisconsin Legislature established a controversial wolf hunting season. That lasted until 2014 when a federal judge ruled that the USFWS didn’t follow proper procedures by not accounting for things like how a loss of habitat may impact wolf recovery. The 2014 federal ruling also ended the state’s wolf hunt.

The persecution of wolves in order to remove them from human settlements has culminated in their near-disappearance in numerous European countries, like Spain and Sweden. Following a recovery of the species, a team of scientists has determined what geographic areas in the Scandinavian country would be most suitable for a redistribution of the specie’s range, in the interests of increasing the social acceptance of wolves.

Source: How to achieve a peaceful coexistence between wolves and humans — ScienceDaily