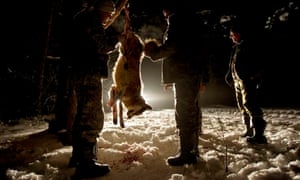 A plea to restore populations of some of the world’s most dangerous animals has been made by scientists who claim the loss of large carnivores is damaging ecosystems.More than three-quarters of the 31 species of large land predators, such as lions and wolves, are in decline, according to a new study. Of these, 17 species are now restricted to less than half the territory they once occupied.Large carnivores have already been exterminated in many developed regions, including western Europe and eastern United States – and the same pattern of “carnivore cleansing” is being repeated throughout the world, said scientists.