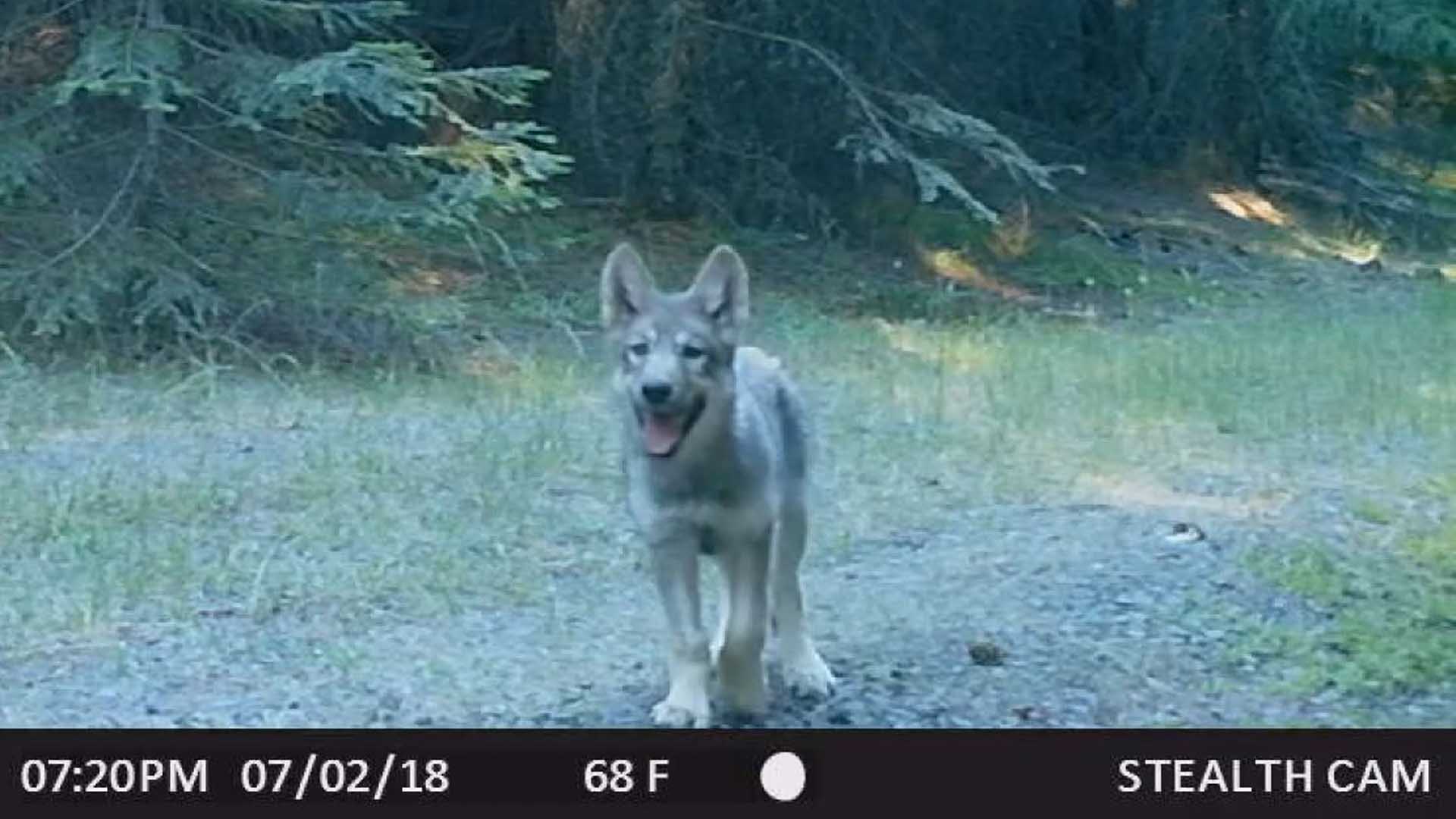 JACKSON COUNTY, Ore. – Pups from Oregon wolf OR-7 were captured on a trail camera earlier this summer. Now, the U.S. Fish and Wildlife Service is sharing the video. In 2011, OR-7 left the Imnaha pack, eventually settling into a 155-square mile area of eastern Jackson County and Western Klamath County. By 2014, it was believed OR-7 found a mate in southwest Oregon’s Cascade Mountains. Oregon Department of Fish and Wildlife biologists later learned OR-7 produced offspring with another wolf later that same year. The wolf’s pack continued to roam the southern Cascades, producing at least two pups each year